So, let’s talk about our new canopy – what possibilities will show us this unique 5cell EVO canopy? 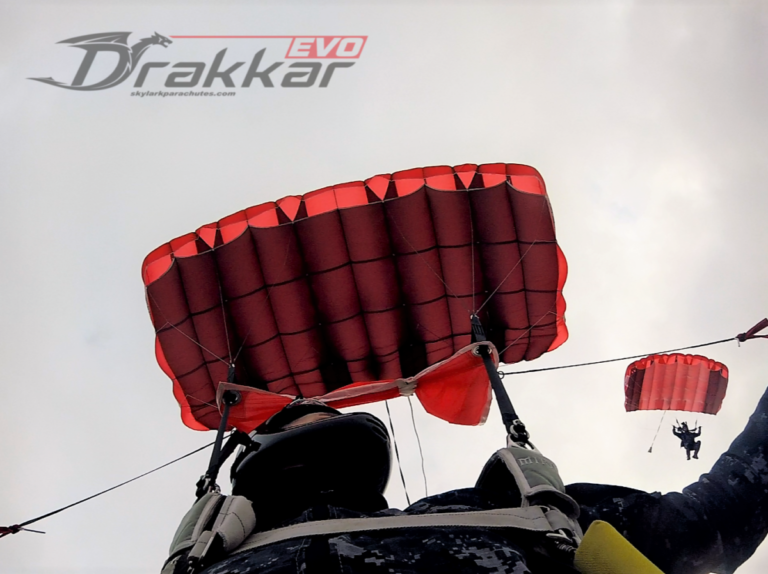 The wingsuit discipline is rapidly developing, popularizing nowadays. The level of piloting is growing and the winger’s suits are increasing in size. It’s no secret that the larger the wingsuit, the greater the vortex path it creates behind it. The resulting vortices are not in favor of the parachute inflating in them. This is the reason for the occurrence of common problems in the form of fast and hard openings, twists when opening a wingsuit’s parachute. Is there a solution? Obviously yes! 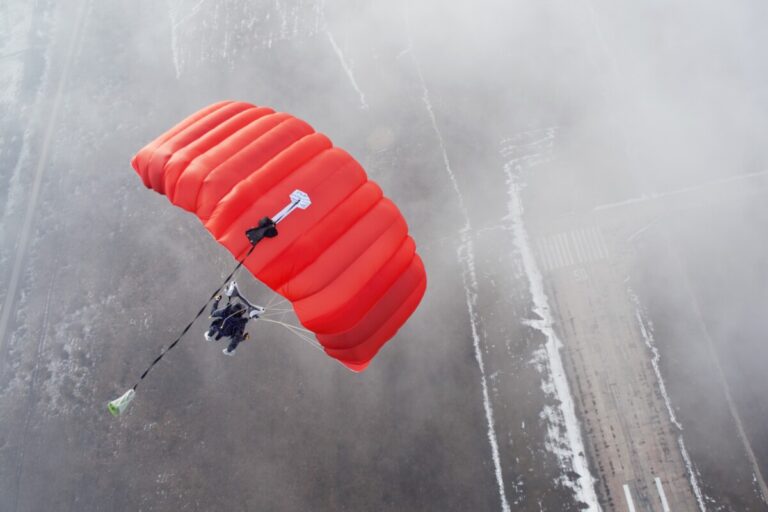 A parachute with a smaller aspect ratio in the opening stage is more likely to “slip through” the vortex zone or be minimally affected by it. By ordering the inflation from the central part to the stabilizers we get soft and stable openings. This solution was implemented in the form of a new 5-cell parachute in the line of EVO canopies and its name is Drakkar EVO. 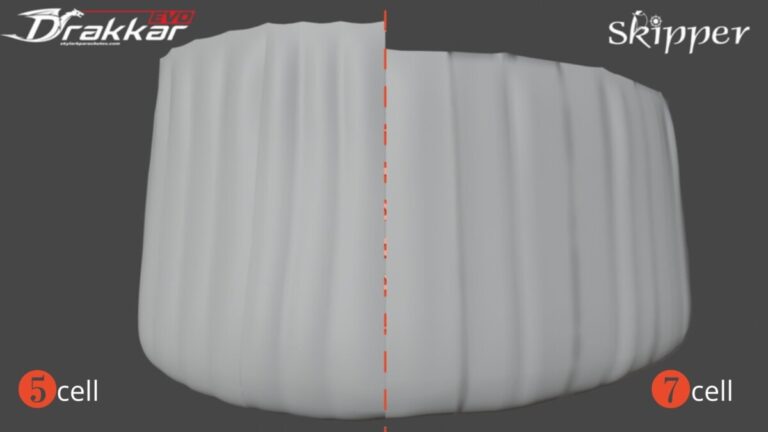 EVO parachutes have already proved themselves with good flight characteristics, more responsive to pilot’s inputs, easier reline and service and soft landing. Exactly the unique functionality of V-ribs allows a 5-cell parachute to retain the performance and aspect ratio of a 7-cell canopy. For all its compactness of the 5-cell canopy, Drakkar, as a representative of the EVO-canopies line, promises to show great aerodynamic quality and flying characteristics. That means flying with good glide characteristics to a distant landing point, and pleasantly surprising with a soft landing and great flare performance. The first tests of the parachute were successful and promising. 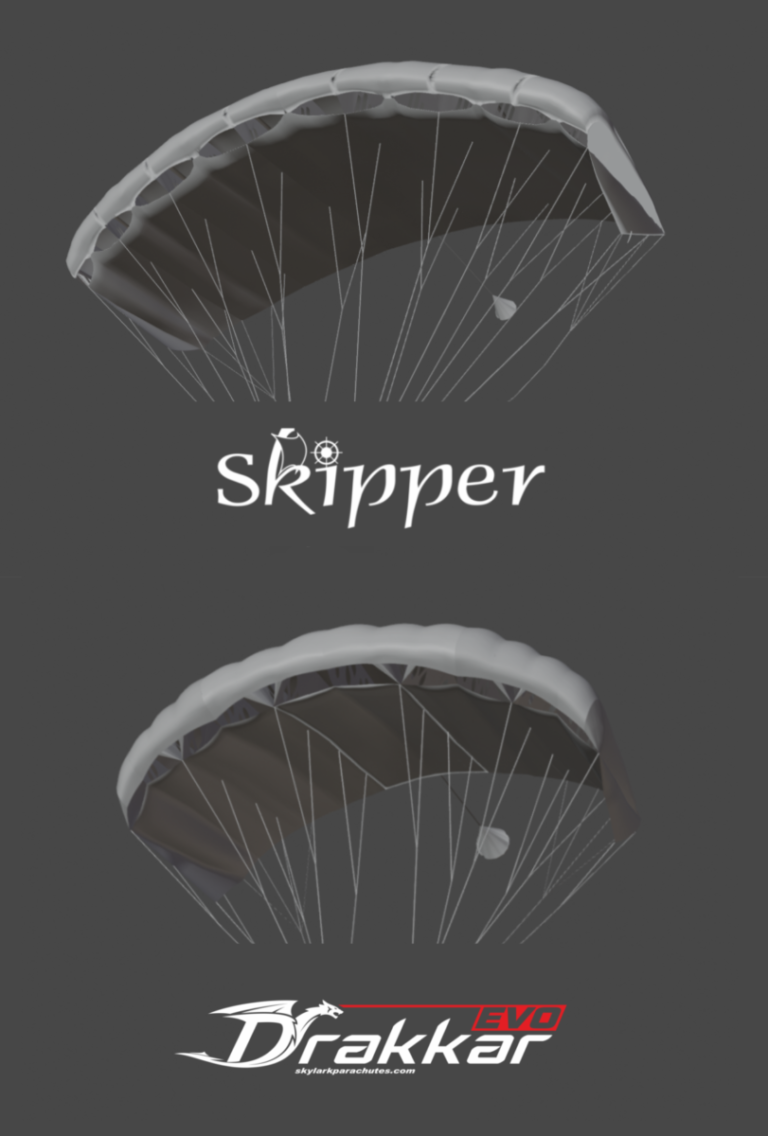 What about packing volume?

Yes, the EVO wings are standard +13% in the packing volume. But we are talking about a 5-cell parachute, the simplicity and speed of packing of which can melt the heart of the most stern packer. Well, here too the V-ribs of the EVO canopies play a decisive role – the packing size of the Drakkar EVO parachute is proportionate with the packing size of a 7-cell base model like Skipper

Far from being the world’s first 5-cell, but definitely the world’s first 5-cell v-ribs canopy – Drakkar EVO, incomparable in its characteristics with any other canopies, promises no delay in tests. And this means that soon (tentatively before the beginning of summer) it will be available for pre-order and announced on our website.